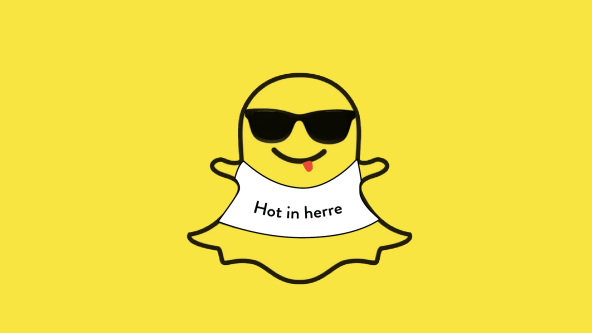 Want create site? Find Free WordPress Themes and plugins.
All clients are asking about Snapchat, should their brands join the platform now, in 2016, or in 2017? Is it bad for our brand image? Is it an official social platform or not, is my audience on it? And many other questions that are very valid.

For people who don’t know Snapchat yet: “it is a mobile app where users can take photos, record videos, add text and drawings, and send them to a controlled list of recipients. These sent photographs and videos are known as “Snaps”. Users set a time limit for how long recipients can view their Snaps after which they will be hidden from the recipient’s device and deleted from Snapchat’s servers” Wikipedia

There aren’t any official stats on Snapchat usage in the region, the only one exists in Saudi Arabia, and the highlight of the study stated that 51% of respondents preferred Snapchat on Instagram! Shocking right?

Snapchat made 2 big headlines recently, it introduced Discover feature, where users can receive content provided by media companies such as CNN, ESPN, National Geographic and others, and Madonna released her new video on Snapchat. Both headlines got the attention of many marketers in the industry.

Teens flocking to mobile based social networks such as Snapchat and Instagram were the biggest social media news in 2014, looking at the same news now, we are certain that the trend is maturing, with more than 30 active million users, most of them are teens between 13-24 years old, monthly and 400 million messages sent daily. Snapchat is currently valued at more than 19 billion dollars (Snapchat declined a 3$ billion cash acquisition offer from Facebook last year).

All teens that are on Snapchat now will age up with it, they will graduate and get into the workplace and will keep using Snapchat to communicate with their friends.

That explains why many people who joined Facebook in their early college days are still on it in their 30’s. All their old college friends are still using Facebook. And they will use it for a long time to come. Now, think about what will happen to the 13-20 year-old segment who are joining Snapchat in millions, 10 years from today.

The beauty about Snapchat is that it ended the idea that the world is separated between an online and offline world. Previously, we are used to record our experiences and then post them online to recreate the experience, now with Snapchat, it is more real world experiences, users share now, in the moment. And probably, that will be the main success factor behind upcoming social networks in the future.

Saying that, Ill leave you with one tip to create content for your brand on Snapchat, it has to be LIVE, NOW: Think reality TV, think entertaining stories, think FUN.